Posted on August 14, 2020 by fortifiedbritain 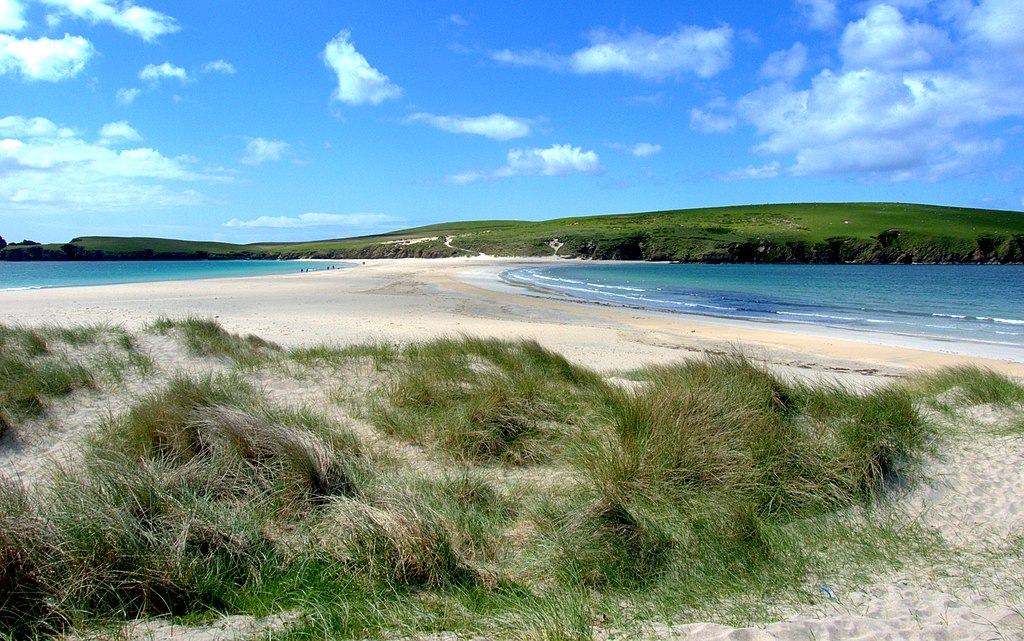 There are about 15 islands which make up what is known today as the Shetland Islands. The old Norse name was Hjaltand, and it is not known what the original name was. 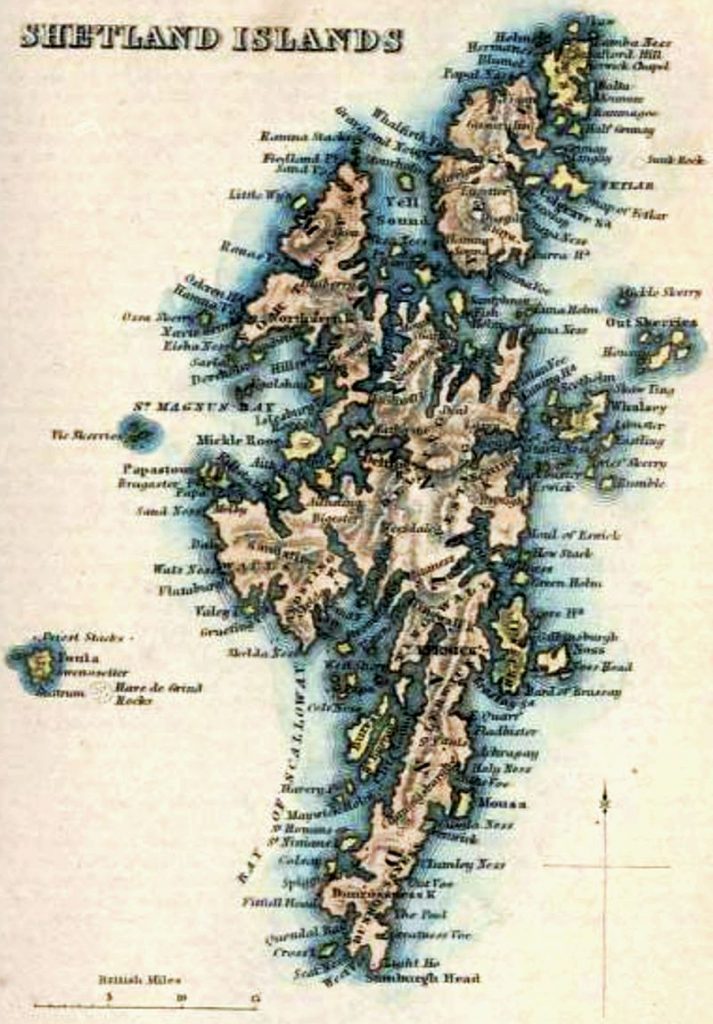 The islands were first inhabited by the hunter-gatherers of the Mesolithic period – artifacts relating to these early people have been uncovered. Following the Mesolithic period, the Neolithic, a more settled society, inhabited the islands. There are currently over 60 Neolithic sites around the islands, and I am sure more will be uncovered. Evidence comes in the form of cairns, field boundaries, and sites. The oldest site to date is West Voe dated to between 4,320 – 4030 BC, and also the Scourd of Brouster dated to c.3,400 BC

There is currently no known Bronze Age evidence, however this period was followed by the well-known Iron Age Broch builders. We will be covering the broch’s and their individual histories on our main page so make sure you keep an eye on it!

There is evidence that the Romans traded with the islanders, although nothing to show that they lived there. They did circumnavigate the British Isles, possibly surveying the land and estimating its area. They called the islands the Orcades. The King of the Orcades is said to be one of the 11 rulers to have paid tribute to the Emperor Claudius after he landed in Britain in AD 43.

During the 9th century the islands were colonized by the Norse, coming over from nearby Norway. Norse archaeological sites include those of power bases and living. The Norse language actually lasted up until the 19th century.

Christianity became the main religion in the 10th century

Genetics show that 60% of the male population have western Norse lineage. Todays dialects still include Norse words. And the Islanders are proud of their heritage!

Here is a basic, and by no means, complete timeline of the Shetland Islands – it gives a taste of the vast amount of history and archaeology that makes up these amazing, wild, and friendly islands!

c.3,400 BC         The Scourd of Brouster dates to and finds include the first Shetland Knives being produced.

-Harald Hårfogre gave the Orkneys and Shetland Islands to Ragnvald Eysteinsson, Earl of Moeri, father of Hrólf (Rollo) who in turn gave them to his brother, Sigurd The Mighty.

1266                 Scotland recognizes Norwegian sovereignty over the Orkney and Shetland Islands thanks to the Treaty of Perth.

Respecting their past and history, the Shetland Islanders celebrate it each year with the Up-helly-aa. The celebration occurs on the last Tuesday in January. Forty-three men dress up as Vikings and are lead by their head man – the Guizer Jarl – throughout Lerwick. The procession is headed by a pipe and drum band and the men sing along to the Up-helly-aa song. They eventually end up at a Viking ship, which has been made throughout the previous year. The ship is loaded onto a float and then taken through the town where they visit main locations, like the Council Chambers, and businesses. At exactly 7:30 pm all the lights go off in the town and it is thrown into darkness. The Vikings light their torches passing the flame from one to the next. The torchlight floods the town and the ship is taken back to the water where it is set alight. The rest of the night is spent in celebration!

Myth, legend and folklore all play their part in Shetland, as with other parts of the British Isles. The mighty tales include

There is so much more history which you can find visiting one of Shetlands amazing online sites. The Orkney Saga is also a wealth of information, especially if you are keen to know more about their Norse heritage. You can grab your copy HERE

Cowie. R. 1874. Shetland: Descriptive and Historical; Being a Graduation Thesis on the Inhabitants of the Shetland Islands, and a Topographical Description of that Country. John Menzies & Co.

Edmondston. T. 1866. An Etymological Glossary of the Shetland and Orkney Dialect with some Derivations of the Names of Places in Shetland. Adam & Charles Black.

Moore. D. W. 2015. The Other British Isles: A History of Shetland, Orkney, the Hebrides, Isle of Man, Anglesey, Scilly, Isle of Wight and the Channel Islands. McFarland.

Pierce. E. 2011. View from the Norse: applying island theory to the Northern and Western Isles of Scotland. Scottish Archaeological Journal, Vol. 33, No. 1/2, Papers from the Scottish Theoretical Archaeology Group (2011), pp. 55-65.