Posted on November 20, 2020 by fortifiedbritain 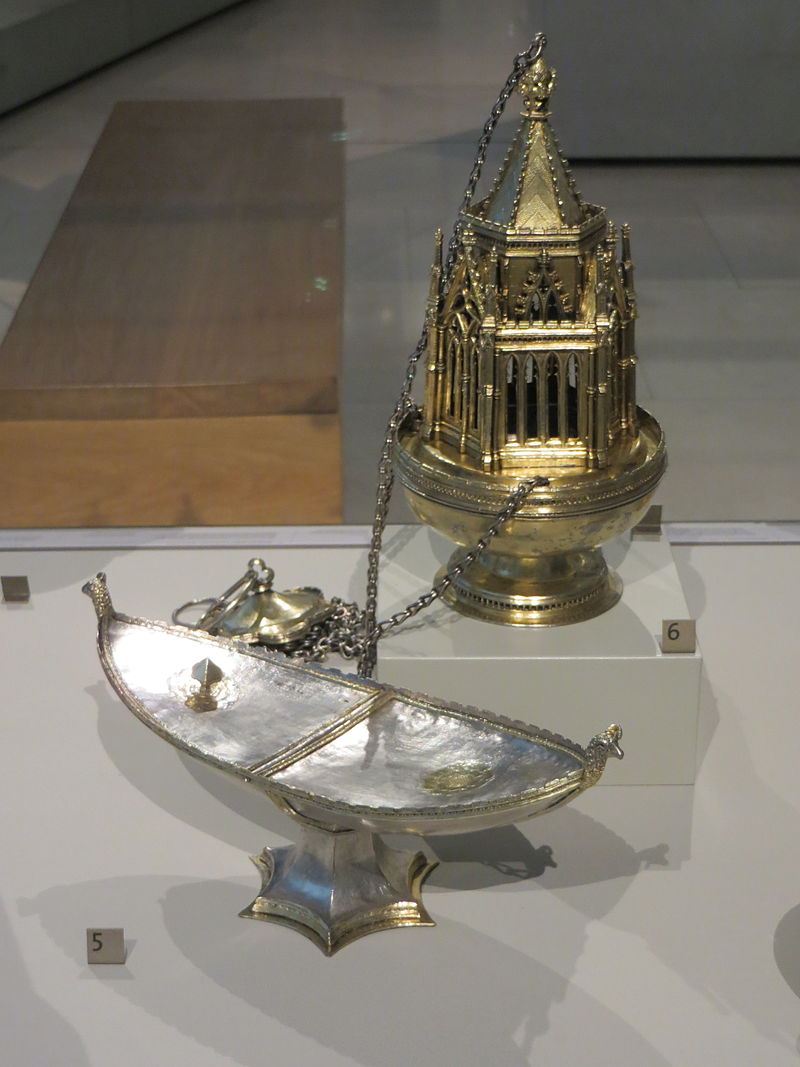 Sitting on what was once an island in the Fens, and surrounded by marshy land, this amazing Abbey has had a very turbulent history.

Ramsey Abbey was founded as a Benedictine Monastery, and it held 42 manors in seven counties, demonstrating how lucrative it was at its height, earning the nick name Ramsey the Rich. It was a major centre of learning in England and had a really good reputation. Its library was vast and included many Hebrew books.

Ramsey was one of the Abbeys suppressed during the Dissolution. Owing to its rich holdings, it was granted to Richard Cromwell, and stayed in the Cromwell family for a while, including being used by Oliver Cromwell, during the English Civil War.

The mound to the south may be a Medieval earthwork built by Geoffrey de Mandeville when he ran ravage across the fens and took the abbey, killing the monks. Known to history now as the Scourge of the Fens, you can read more about him tomorrow.

All that remains is the fifteenth century Gothic gatehouse which was once used as a prison.

1163                    Archbishop Thomas Becket obtained compensation for damage afflicted on the Abbey by Geoffrey de Mandeville, from his son.

16th C                 Gonville and Caius College, Kings College, and Trinity College were mostly built out of materials from the Abbey.

Brayley. E. W. 1808. The Beauties of England and Wales: or Delineations, Topographical, Historical, And Descriptive, Of Each County. Volume 7. Available at http://books.google.com.au/books?id=7B5JAAAAMAAJ&printsec=frontcover&source=gbs_v2_summary_r&cad=0#v=onepage&q=&f=false

Capper. B. J. 1825. A Topographical Dictionary of the United Kingdom. Available at http://books.google.com.au/books?id=OC87AAAAYAAJ&printsec=frontcover&source=gbs_v2_summary_r&cad=0#v=onepage&q=&f=false

Platt. C. 1995, Medieval England: A Social History and Archaeology from the Conquest to 1600 A.D. Routledge.

Rositzke. H. A. 1951. The Peterborough Chronicle: Translated with an Introduction. Columbia University Press.

Tymms. S. 1832. The Family Topographer; being a compendious account of the ancient and present state of the counties of England. Volume 1. Available at http://books.google.com.au/books?id=OC87AAAAYAAJ&printsec=frontcover&source=gbs_v2_summary_r&cad=0#v=onepage&q=&f=false