Posted on October 2, 2020 by fortifiedbritain 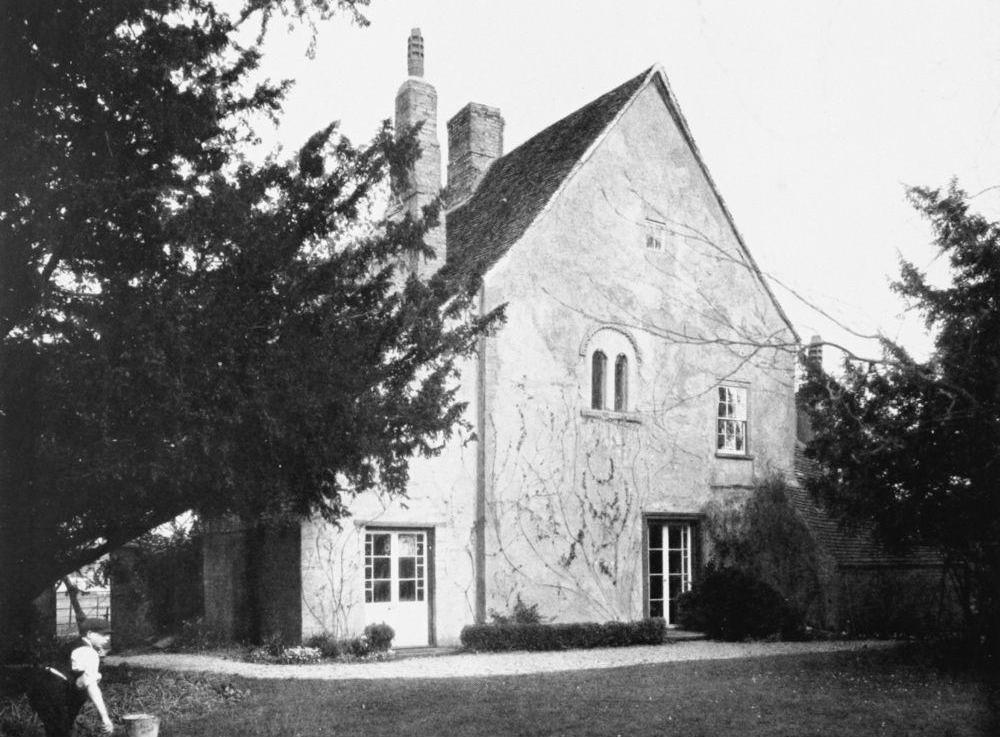 The cherry trees were coming into blossom and full of birds

too busy and independent to hang about waiting for crumbs.

The tall stone walls of the house were warming themselves

in the sun and up at the top, under the roof, his own attic

Hemingford Grey is a small village in the Hundred of Toseland, Huntingdonshire. This unassuming little village has a past that is known by few outside of it, and yet thousands would have read children’s books written by one of its celebrated residents.

The area in, and around, Hemingford Grey has been part of the human story since at least the Palaeolithic period, demonstrated by the discovery of implements and flakes. Later Neolithic finds include an arrowhead, and dating from either the Neolithic or Bronze Age period a flint knife; the Romans appeared to have not been much interested in the area, however coins, pottery and a quern have been uncovered, demonstrating that there was settlement of some sort, but as yet not clearly identified, though a possible Roman enclosure exists as crop marks. The Anglo-Saxons used the area, for a Grubenhaus (a house with a sunken floor) has been uncovered (Wilson 1976: 422) and this shows clearly that settlement had occurred at Hemingford Grey during those turbulent times; finds include pottery and rings. (Pastscape 2013: n.p.).

There are a few ditches in the area, and they date from the Iron Age and Roman periods as well as there being evidence of some crop marks of an unknown era. A well-known ‘Green road’, or old track between Hemingford Grey and Hemingford Abbots, known as the Mere Way, which is believed to date from the Saxon period (Fox 1923: 152) runs through here too. All of this shows that Hemingford Grey has had a long period of human occupation.

The Manor of Hemingford Grey has been known as East Hemingeford, Emingeforde, Hamicheford, Hemmingforde Turbervill, Turberville, Turbelville, Trubbevill, Trubelvill, Hemmingforde Parvati, Hemygforde Grey, and Hemingford Priors. The names alone give a clue as to the owners over time. The Turberville family held the manor for a period in the twelfth century, as a defensive site; in the thirteenth century it was acquired by the Grey family through marriage and the name changed to Hemingford Grey – and has been known as such since, with a minor change of name in the fourteenth/fifteenth century when it changed to Hemingford Abbas to distinguish the church from that at Hemingford Abbots (British History Online 2013: 311).

The location of the manor house is at the northern end of the village and is reputed as being ‘one of the oldest houses in the country’ (Aslet 2011: 244). Rectangular in shape, and measuring 85 m x 66 m, it is surrounded by a moat on three sides, measuring approximately 10 m wide, which is fed by the River Great Ouse protecting the northern side. It is also reputed as being ‘one of the oldest continually inhabited houses in England’ (Norwich 2011: 63) and dates to around 1150-60 (Reed 2002: 139). As with many buildings of this period the walls are ‘of great thickness and are pierced in various places with Norman doorways and windows’ (Kelly 1869: 250); there is an oriel window of two round-headed lights on the west side of the south front, and a doorway to this floor formally approached by an external staircase is marked by a window (British History Online 2013: 309).

As with all older buildings, the Manor house has undergone alterations and additions over the centuries. The south side wall was rebuilt in the eighteenth century (Emery 2007: 30) as well as additions to the north-west front (British History Online 2013: 309), and internally small changes have been made by individuals over time.

The original builder is believed to have been Payne de Hemingford, who ‘was sheriff of this [Huntingdonshire] and two other counties under Stephen…. He may have acquired the resources to build his hall through his office’ (Green 1997: 192). King Stephen’s reign was very turbulent and is commonly referred to as the Anarchy. Many lords built, protected or strengthened their holdings whilst the fighting between Stephen and Matilda, over the English crown, raged around them, and this may explain the thickness of the walls at Hemingford Grey – built for protection and security.

During the thirteenth Century John de Grey acquired the manor through marriage to Emma, the daughter of Emma de Leigh, the owner, and at the end of the century it passed to their son Reginald. During the fifteenth century the manor was held by Reginald de Grey, Lord Hastings, son of a previous Reginald de Grey, and when he passed away the manor went to his grandson Edmund de Grey, Earl of Kent. Edmund was a bit of a character and owed the Crown a lot of money. In order to settle some of his debts Henry VII confiscated Hemingford Grey, as well as other manors (Bernard 1982: p. 674).

During the sixteenth Century the custom of villainage was still evident in some areas, one of them being Hemingford Grey (Page 1900: 92). Villainage was the custom where tenants held land from a lord but could not own property, could be tried and put to death by their Lord, and could not leave the area of the lord – if they did they would be bought back by force. That this practice was still in operation demonstrates the importance of the owners of the manor. History shows us that at this time the King had granted the manor to Edmund Dudley, one of his favourite courtiers.

In 1534 the manor was sold to Thomas Cromwell, 1st Earl of Essex and Henry VIII’s Chief Minister (Robertson 1990: 323). Cromwell was instrumental in obtaining the divorce of Henry VIII and Anne of Cleves, but he soon fell out of favour with the king and was executed on Tower Hill in 1540. The manor of Hemingford Grey passed to Richard Cromwell, and he later exchanged it for other manors in 1542. It was then leased out to several tenants during the sixteenth and seventeenth centuries, eventually being sold to James Mitchell in 1721. James’ successor William Mitchell was Sheriff of Huntingdon and Cambridgeshire and his descendant was knighted (British History Online 2013: 311).

During the eighteenth century, Hemingford Grey was the birth place of the Gunning sisters. Renowned for their beauty, the two ladies became the Countess of Coventry and the Duchess of Hamilton and Argyle (Kelly 1869: 250).

One of the well-known owners of the manor house was the late Lucy Boston, author of the children’s books The Children of Green Knowe, published between the 1950’s and 1970’s. The stories were set around the manor and its grounds, keeping the magic and mystery of the place alive. The novel has since been made into BBC children’s mini-series (1986), so the magic lives on to inspire further generations in awe and wonder. The Manor is still inhabited by the descendants of Ms Boston and is open to visitors by appointment only.

Hemingford Grey is one of Huntingdonshire’s jewels – a history that is unique, interesting, and stretching back to the beginnings of occupation in the British Isles. Important prehistoric beginnings, Roman associations, Saxon families, medieval mayhem, beauty, and literary genius all have their stories entwined with this amazing, quiet little spot in England. Long may the Manor house be occupied well into the future and given its rightful recognition as the oldest inhabited house in England. 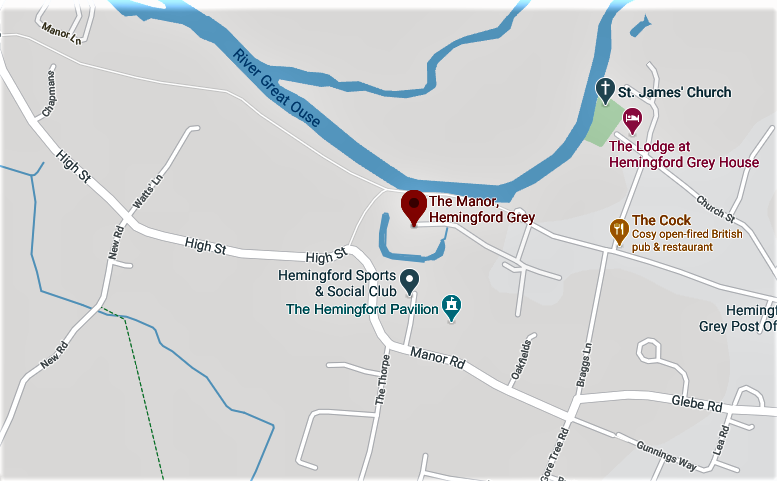 Aslet. C. 2011. Villages of Britain: The Five Hundred Villages That Made the Countryside. London: Bloomsbury Publishing.