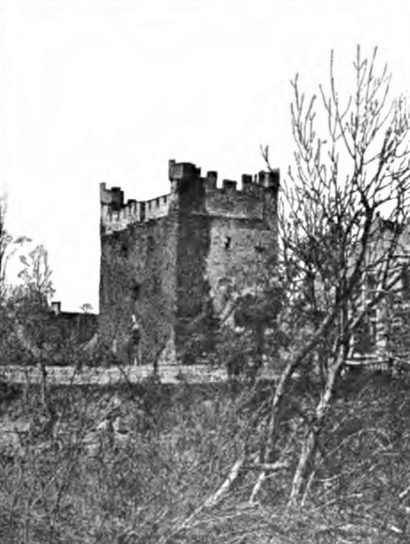 Also referred to as a Medieval Bamkin (Scottish term for a defensive enclosure), this rectangular tower has a great history. Situated on a bank overlooking the River Tyne, it was built to protect the village of Bywell from attacks and raids. Some believe it could be located on the site of an earlier wooden structure known as Balliol Tower.

Measuring 18 m by 11.6 m it contains three storeys, is castellated and has corner turrets. There is a portcullis and remains of the original gate at the entrance. The tower is built of stone and includes some re-used Roman masonry from the surrounding area.

Internally the tower includes rooms off to either side of the main entranceway. These rooms both measure approximately 4.5 meters square and have vaulted ceilings, as does the entrance passageway. The room on the left of the entranceway contains a garderobe, and just past this room is a straight stairway leads to the first floor. These lower basement rooms were used as a porter’s lodge and for storage. 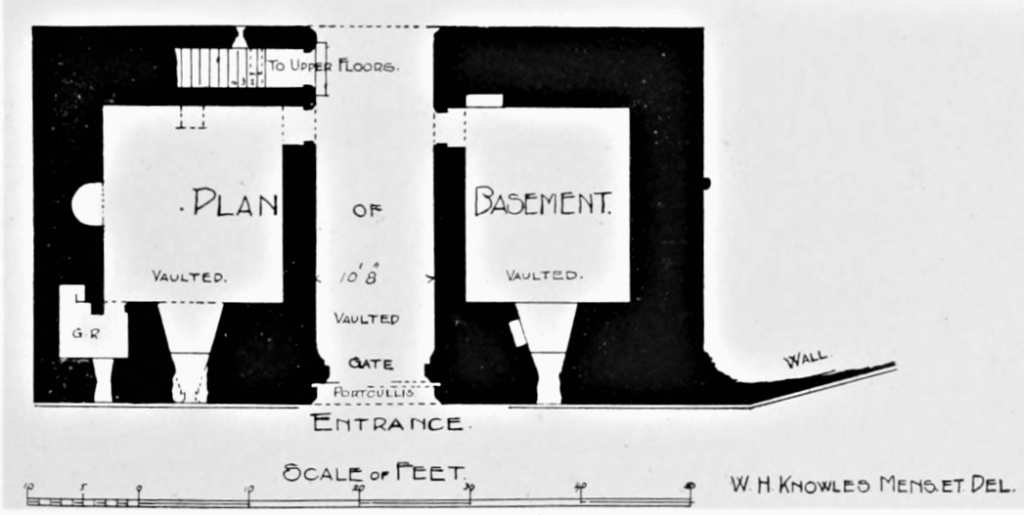 The first floor is one large area sectioned off to make two rooms. The largest portion measures 7 meters by 8.9 meters. It includes a fireplace and a garderobe located it’s the south west. 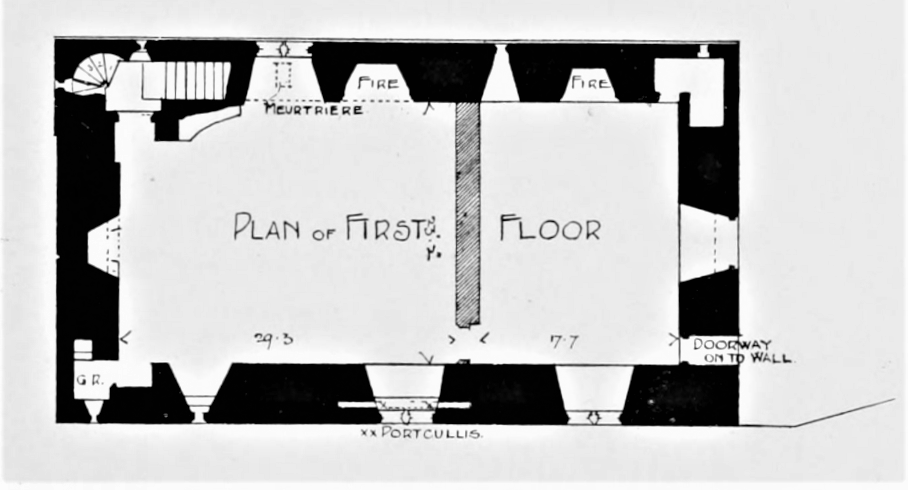 The next room measures 5.4 meters and includes a fireplace. To the south east of this portion there is a doorway which opens out onto the curtain wall surrounding the site. 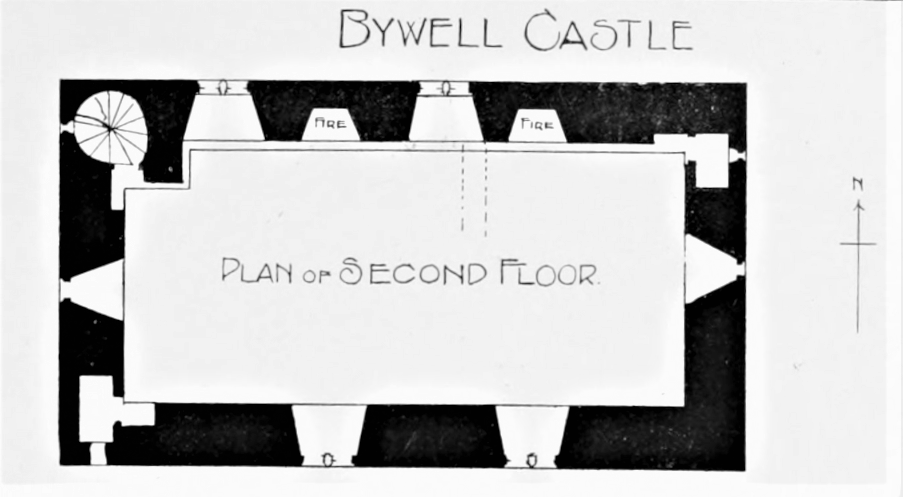 On the roof the turrets are octagonal in shape. The roof is flat and surrounded by castellations. Originally it was covered in lead. The embrasures measure 1 meter high, 0.5 meters broad and 0.85 meters deep.

The tower was never completed, and this has been recorded through the years,

In Bywell town the ancestors of the Earls of Westmorland built a fair tower or gate-house, all of stone, and covered with lead; meaning to have proceeded further, as appreas by the walls, the height of a man, left unfinished (Walter Scott 1814).

There is a chapel located just across the river, said to belong to the Tower.   This chapel was dedicated to St. Helena, and there was a footbridge linking it to the grounds of the tower.The manor also had its own deer park, which included red deer, and its own forest.

One of the best recorded events for this tower are the items left behind King Henry Vi, fleeing from the Battle of Hexham. The following is mentioned in one of the 15th century chronicles,

…….. towers of the castle of the Bywell. In this castle was found Henry’s helmet with a crown and a sword and its [horse] trappings said Henry. And how is it that he himself had, or he escaped, he knows that God, in whose hands are the hearts of kings. (Gairdner 1880).

The Balliol family, who initially held the manor, were originally from Bailleul-en-Vimeu, the Somme, in France.

Here is the timeline for the site,

1571                   The manor was forfeited to the Crown as the Nevill family line died out. The Nevill family had been sympathizers of Mary, Queen of Scots, so a bailiff and receiver was appointed for the Crown – Mr. John Forster. Mr. Foster is rumored to have locked a man, Mr. Anthony Lee, in the tower and left him there for two days before his friends came and rescued him.

1608                    The site was surveyed again, and it as noted that the lead had been removed from the roof and the internal timbers were all decaying. The tower was deemed no longer habitable.

1856                      Guns were fired from Burwell to celebrate the marriage of Wentworth Blackett Beaumont esq. MP, to Lady Margaret Anne de Burgh, 4th daughter of the Marquis of Clanricardie.

Britton. J., & Rees. T. 1813. The Beauties of England and Wales: Or, Delineations, Topographical, Historical, and Descriptive, of Each County, Volume 16, Part 1. Verner & Hood.

Fordyce. T. 1867. Local Records: Or, Historical Register of Remarkable Events which Have Occurred in Northumberland and Durham, Newcastle-upon-Tyne, and Berwick-upon-Tweed, with Biographical Notices of Deceased Persons of Talent, Eccentricity, and Longevity, Volume 1. T. Fordyce.

Gairdner. J. 1880. Three Fifteenth-Century Chronicles with Historical Memoranda By John Stowe, The Antiquary, And Contemporary Notes Of Occurrences Written By Him In The Reign of Queen Elizabeth. J. B. Nichols & Sons.

MacKenzie. Sir. J. D. 1896. The Castles of England: Their Story and Structure. The Macmillan Co.

Scott. Sir. W. 1814. The Border Antiquities of England and Scotland: Comprising Specimens of Architecture and Sculpture, and Other Vestiges of Former Ages, Accompanied by Descriptions. Longman.