Posted on June 5, 2020 by fortifiedbritain 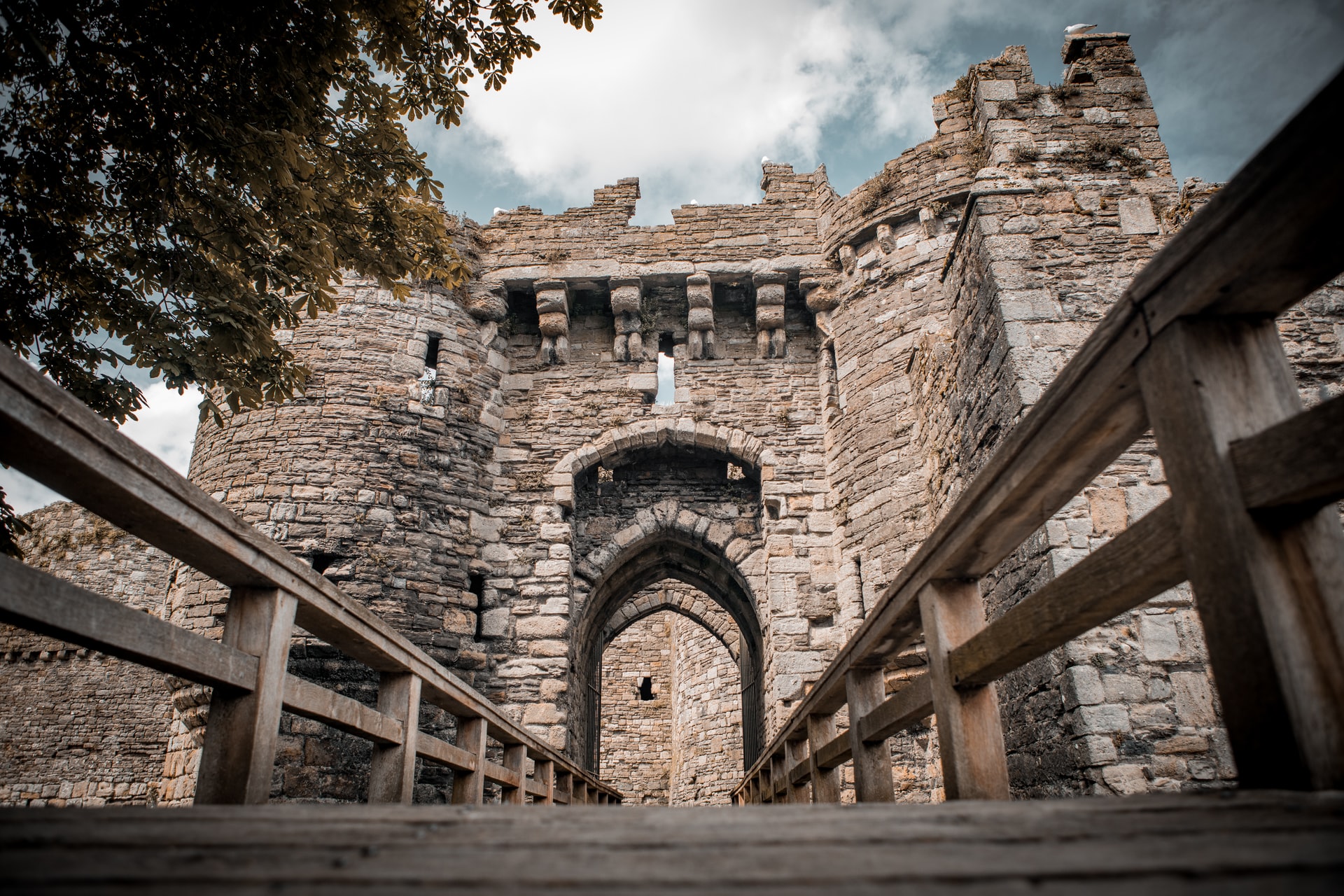 Sitting on the banks of the Menai Straits on the Isle of Anglesey, North Wales, this striking remnant of past Medieval times is a UNESCO World Heritage site and Grade I Listed Building.

The land required to build the castle was private, but that did not stop Edward I. He swapped the land for other land and even gave it to the original owners rent free – he must have been desperate to get his hands on the location.

But why THIS location? It was on the opposite side of the Menai Straits to a castle owned by the Welsh Prince of Wales, Llewellyn ap Gryffyd – Edward I’s enemy.

Beaumaris Castle was built by Edward I in 1295 – well, he started it in 1295. Work commenced until 1330, but it was left unfinished. The cost of building Edward I’s castles in Wales was immense. Little wonder it was not completed!

The castle sits on a piece of lowland, which originally was a marsh. The site was chosen for the marsh to act as a natural water barrier for those who would wish to attack it. But this never happened. The castle has been sieged but never attacked, and because of this it remains largely intact. Even the English Civil War spared it!

As the English were trying to suppress the Welsh, the construction of the castle was not looked upon favorably and there were constant skirmishes between the towns people and those constructing the castle. This small town had a population increase of over 400 craftsmen, over 1,00 labourers and 200 carters – enough to cause issues in any small place. You can still see some of the makers marks on the masonry if you look closely. There was also trouble between the towns people and the garrison, and at one point Edward removed the garrison until things calmed down.

An amazing site, a beautiful castle, but a lasting reminder of the struggles between England and Wales from our past.

Nicholas. T. 1872. Annals and Antiquities of the Counties and County Families of Wales: Containing a Record of All Ranks of the Gentry … with Many Ancient Pedigrees and Memorials of Old and Extinct Families, Volume 1. London: Longmans.

Taylor. A. 1986. The Welsh Castles of Edward I. London: The Hambledon Press.

Timbs. J., & Gunn. A. 1870. Abbeys, Castles and Ancient Halls of England and Wales: Their Legendary Lore and Popular History.