Posted on December 18, 2020 by fortifiedbritain 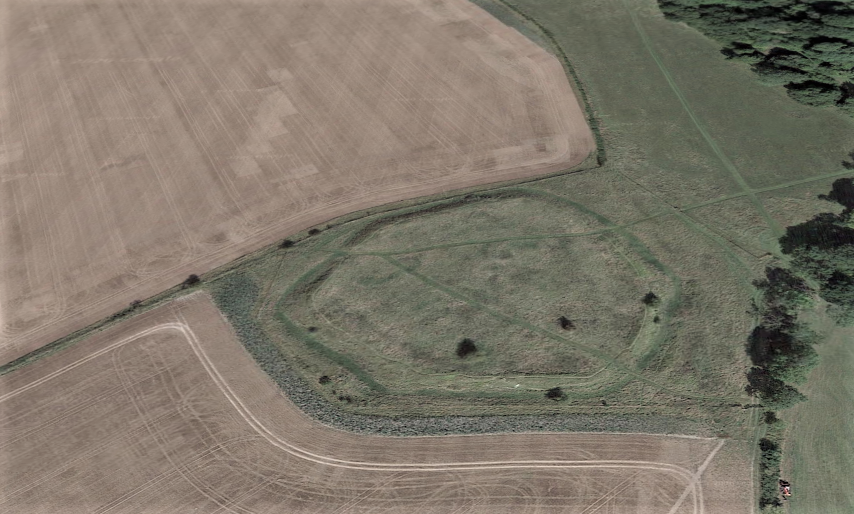 Defended by a single rampart measuring 9.8ft – 32.8ft wide and standing 4.9ft high. Irregular hexagonal in shape, covering approximately 1.2 ha. South East entrance believed to be the original one as it has a slight external bank on the eastern side which may possibly be the remains of a defensive outwork. The bank once had a sarsen revetment. Ramparts had two phases of construction.

Originally there were sarsen stones on the rampart. These were taken away during the 17th century to use as building materials for Ashdown House.

The site sits close to the Icknield Way and south of the Ridgeway.

1st-2nd C             c:Romano-British villa-house with 7 rooms constructed – later extended and believed to be a high-status building.

871                   Believed to be the place where the twenty-one-year-old Alfred assembled his Saxon army before defeating the Danes at the Battle of Ashdown.

The site is in a great condition of preservation as it has never been ploughed over.

The Archaeology of Alfred’s Caste – Members Only

The Battle of Ashdown – Members Only

Rosen R. M.  2004, Time and Temporality In The Ancient World. University of Pennsylvania Museum of Archaeology.