Posted on September 2, 2022 by fortifiedbritain 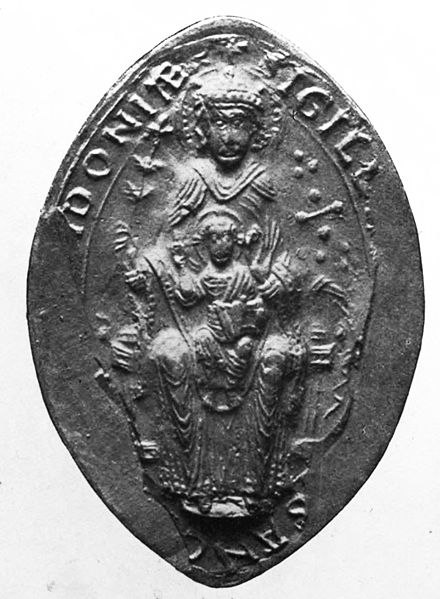 Abingdon Abbey is a Medieval Abbey, church and Benedictine Monastery, with a fortified gatehouse. The size of the site developed over time especially as it is located on the borders between Mercia and Wessex were there was regular conflict. The enlargement included the addition of cloisters, a refractory, dormitory and a kitchen.

In 1467 a fortified gatehouse was added to give protection to its inhabitants. The monarch at the time was Edward IV, representing the House of York – this was the of the Wars of the Roses. Where the Houses of York and Lancaster fought over the Crown. The Wars raged from 1455 until 1487, when Richard III was killed at the Battle of Bosworth and the Tudor, Henry VII took the Crown, changing the course of English history.

There are 136 Charters which were granted to the Abbey held in the Cottonian MSS.

Ælfric of Abingdon, was the son of a Kentish Earl whose first appointment in an ecclesiastical office was here at Abingdon Abbey. He later became Bishop of Ramsey from 991/993 to 1005.  He was appointed Archbishop of Canterbury in 995 and held that seat, along with that of Bishop of Ramsey until his death in 1005. He was buried in Abingdon Abbey but later reinterred in Canterbury Cathedral. There is a grey area surrounding his appointment at Abingdon Abbey. Some sources say he was the Abbot however in the official list of Abbots for the Abbey his name does not appear.

Unknown date – Bishop Hrethun, Bishop of Leicester, renounced his title and moved to Abingdon. Later he acquired Privileges from the King and sought Confirmation from the Pope by travelling to Rome.

Legends associated with the site claim

As with all legends, myths and folklore, they all start with an element of truth which then evolves and is woven and changed many times over the years to best fit the thinking of the age or time it was told. The one I am most likely to see more of the truth in relates to the 500 monks living in Bagley Woods. In early times monks did have small cells in which they lived and prayed, so this legend holds greater weight than the others. But that is my personal point of view!

Here is the timeline for Abingdon Abbey:

c.675                 Church on site from this date measured 36.5m long, was furnished with apses on the eastern and western sides, included 12 small monks’ rooms with oratories, and was surrounded by a large wall.

c.954                 Refounded: King Eadred instructed St. Ethelwold to refound the site after it was destroyed by the Danes. Ethelwolde was Abbot.

1245                 Following a visit by Robert de Carevill the Abbey was instructed to increase charity given to them by receiving visitors and treating them according to their rank in society.

Halliwell. J. O (ed). 1844. The Chronicle of the Monastery of Abingdon: From 1218-1304, from the Original MS. in the Public Library at Cambridge. University of Chicago.

Slatter. J. 1881. A sketch of the History of the Abbey of Abingdon. Berkshire Archaeological and Architectural Society.